On October 15, 2019, the Durham courthouse for the United States District Court for the Middle District of North Carolina was named for John Hervey Wheeler, a pioneer in civil rights, business, community affairs, and the legal profession.  The U.S. General Services Administration, Congressman G. K. Butterfield, Congressman David Price, the U.S. District Court, and community leaders gathered to officially name the courthouse and dedicate a sign honoring the legacy of Mr. Wheeler.

In speaking for the Court, Chief Judge Thomas D. Schroeder noted that Mr. Wheeler epitomized the best of the legal profession.  “In the cases he brought, he not only made life better for his individual client, he also changed the community and this Nation,” Judge Schroeder noted.  As one example, after the U.S. Supreme Court’s landmark Brown v. Board of Education (1954) decision, Mr. Wheeler and several other Durham attorneys won the U.S. Supreme Court case Frasier v. Board of Trustees of the University of North Carolina, which was initially tried in the Durham courthouse and led to admission of the first three black undergraduates to the state’s flagship educational institution.

The Durham courthouse serves a vital function in the federal judicial system.  It is the resident courthouse for Magistrate Judge Joe L. Webster.  Every year, hundreds of civil cases pass through the chambers of the courthouse, and numerous civil motions, hearings, and trials are resolved there.  In addition, every year several hundred criminal defendants from across the 24 counties of the Middle District enter this courthouse for initial appearances, detention hearings, and trials involving federal misdemeanors. The Durham courthouse serves an indispensable role in the federal judiciary and for the citizens of the Middle District of North Carolina. 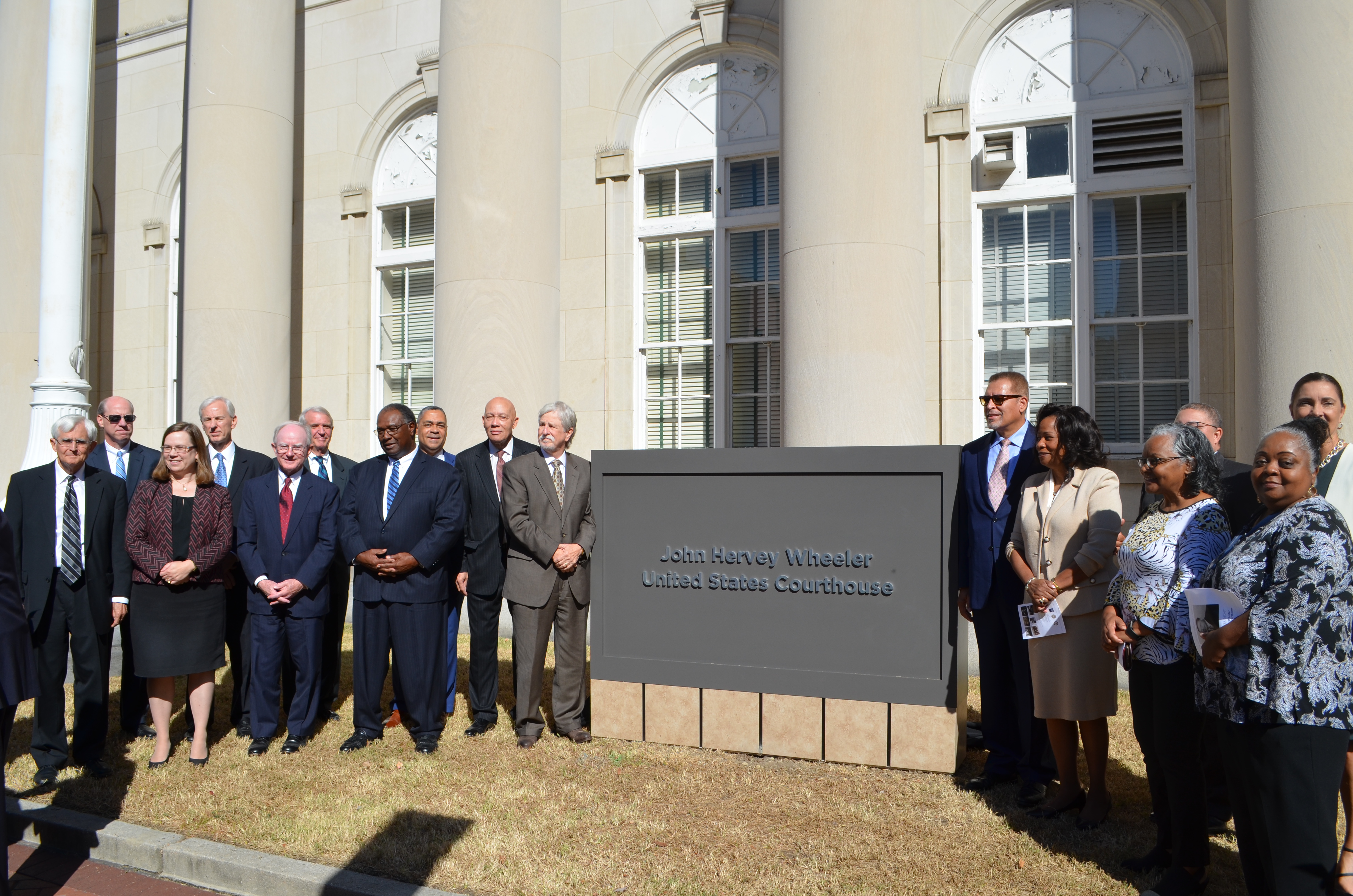 For News Announcements older than five years, you can use the search feature.